This is a Review for “Under Drake’s Flag.”
Disclosure: In exchange for an honest review and promotion, I received a free copy of the audio drama. No other compensation was received. I am disclosing this information in compliance with FTC Regulations. 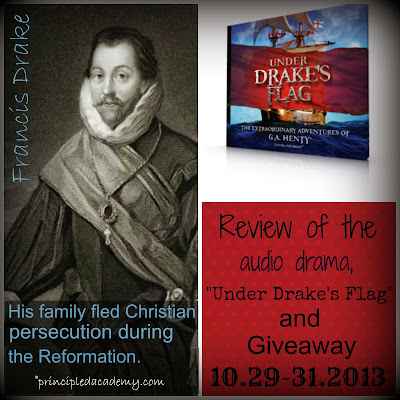 {At the end of this review you’ll also find activities to go along with this audio drama.}
Brief Historical Background

It can be easy, perhaps, to think of the Reformation as having only taken place during the 17th century… the time of the Pilgrims. It began, however, in the 14th century with Wycliffe.

Francis Drake lived in the 16th century. He was the oldest of 12 children. His father was a Protestant farmer, thus danger lurked as Protestants were being persecuted. His family fled for safety during the Prayer Book Rebellion of 1549. At a young age, he became a captain.
The Review!

If you are avid fans of audio dramas, I think you will be delighted with this presentation of history  as much as we are!

Under Drake’s Flag begins with two young men needing to do a research paper on Captain Francis Drake. They meet an older gentleman who offers to aid them with their research by telling them some history. The young men, Ned and Gerald, are cleverly weaved into the story. This gives a smooth transition into the historical narration with stirring acting.

While this dramatic presentation is not so much about Drake himself (as I had presumed), much is learned about the Spanish Inquisition during this part the Reformation period as we follow Ned and Gerald on their adventures.

This audio drama is well designed. The pace with which the storyline is told keeps the imagination going. The music and background effects do not drown out the characters unfolding the story. This is so nice as it prevents confusion when following the plot.
Principle Approach® homeschool families and Principle Approach®  schools will especially love this audio drama as Bible Principles are illustrated! This makes it easy to research Bible verses and to come up with leading ideas!

Some things some people may want to consider…

Something courtship-minded families may want to skip are a couple of scenes where a young lady (Donna Anna) gives away her kiss to Ned. Gerald wants in on a kiss too, though the young gal declines him. This happens a couple of times during the story.


Some rather suspenseful and/or rough scenes were a bit much for Dreamer who is round about five years old. That’s just something to keep in mind if you have younger and/or sensitve children in your family. You’ll find a little guide at the end of this post for you if you think it may benefit your family.
Henty Alive’s Goal!
Henty Alive’s goal is to, “Give the children of your life timeless stories of character, courage and commitment that will ignite a lifetime of passion for living boldly in God’s World.
So, do they deliver this? Yes!! They do!! I was so pleased that Christian Character was presented throughout the audio. Despite the dangers people faced during the Reformation, courage, bravery, relying on God for help, and loyalty to God are exemplified. This is of great value to our family. ~Won’t you visit  www.hentyalive.com to learn more about them?
What my family has to say about Under Drake’s Flag: 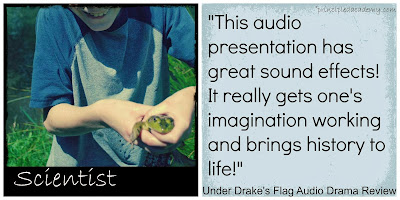 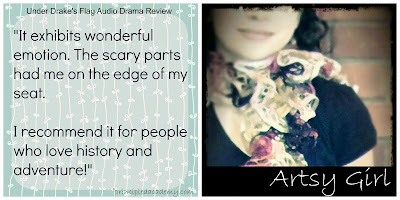 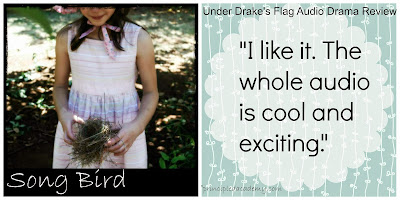 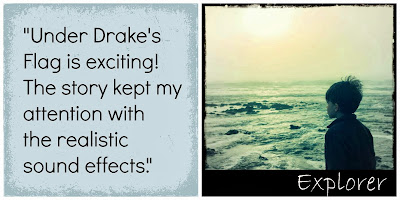 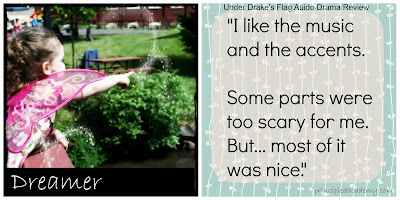 Sir Francis Drake in uniform: print it out at Raising Our Kids

Spanish Galleon: print it out at Activity Sheets

Spanish Galleon Anatomy: print it out at All Kids Us

A Note: Under Drake’s Flag clearly is about historical accounts during the Reformation/ Spanish Inquisition. While battle and war and other unpleanstries of life are to be expected in the storyline, they are tastefully represented in this audio. However, it still can be a bit much for some children. Below you will find a little guide to help you gauge approx. when those scenes are to be expected so you can skip them if you feel you need to for some of your family members. 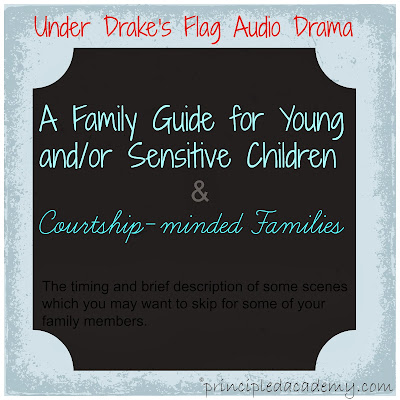 Do you know you can listen to the first chapter for FREE?!!


Now, what you have been expecting!

Please walk in integrity as you enter. Thank you!

4 thoughts on “Review: Under Drake’s Flag!” 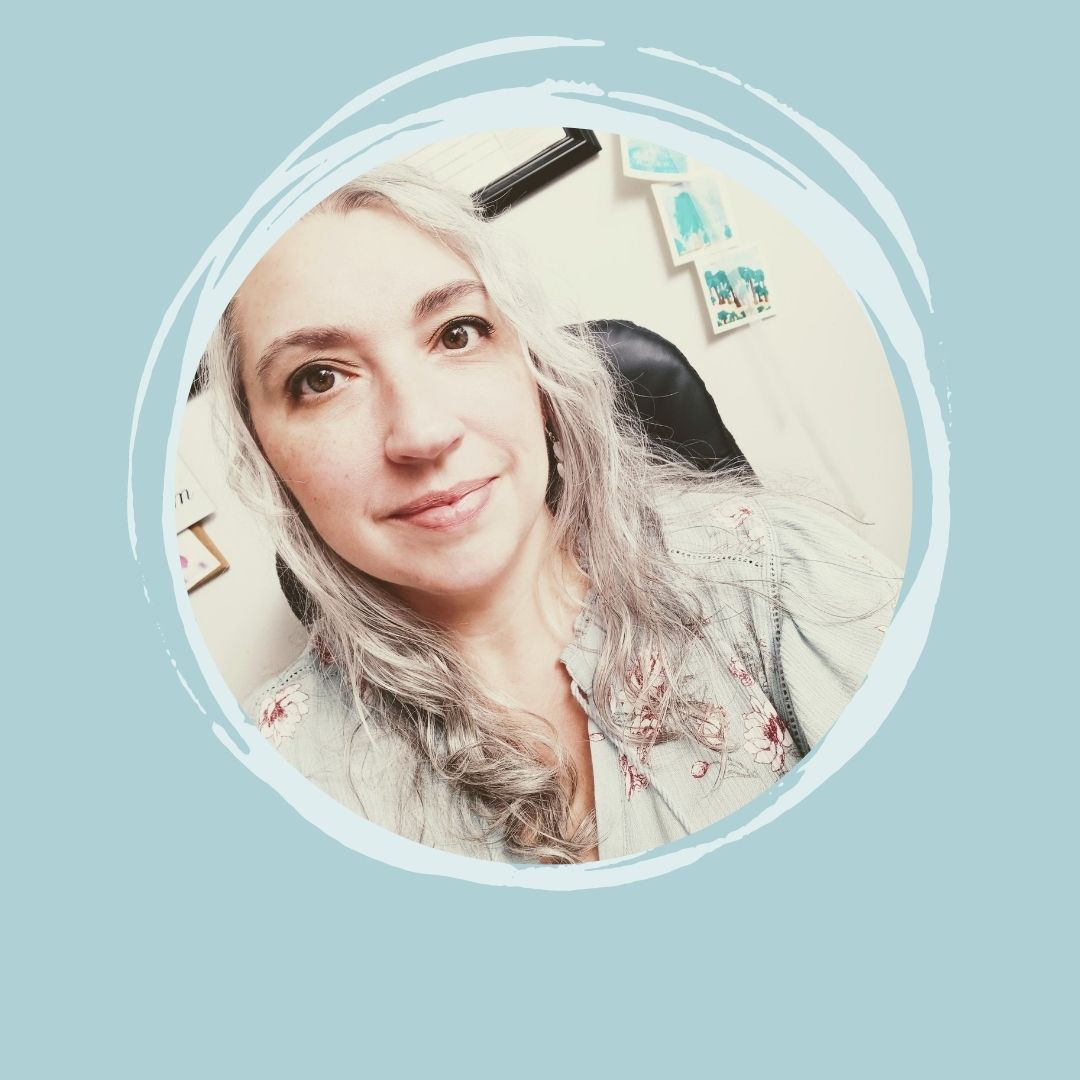 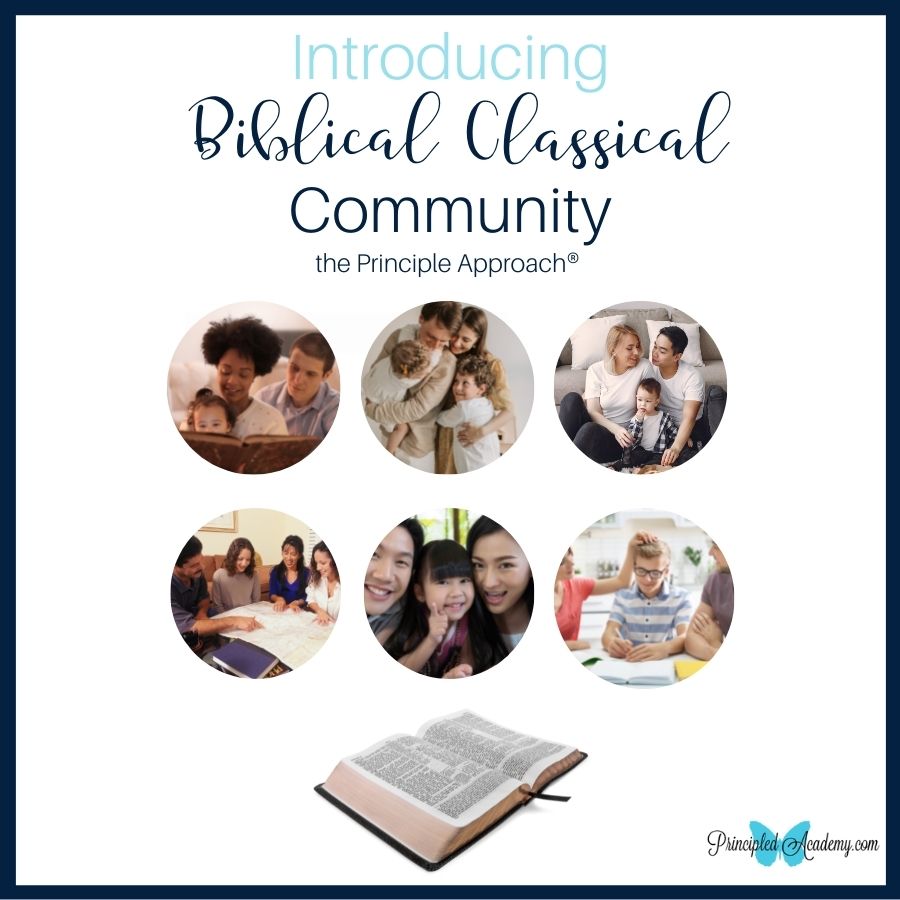